4 Things to Check Before Taking an Antidepressant - Paula Owens

SIGN UP
4 Things to Check Before Taking an Antidepressant

4 Things to Check Before Taking an Antidepressant

Guest Post: 4 Things to Check Before Taking an Antidepressant

The following post was written by Kelly Brogan, MD, a New York Times bestselling author of “A Mind of Your Own.” Dr. Brogan studied cognitive neuroscience at MIT before receiving her MD from Weill Cornell Medical College. Board certified in psychiatry, psychosomatic medicine, and integrative holistic medicine, Dr. Brogan is one of the only doctors in the nation with these qualifications. 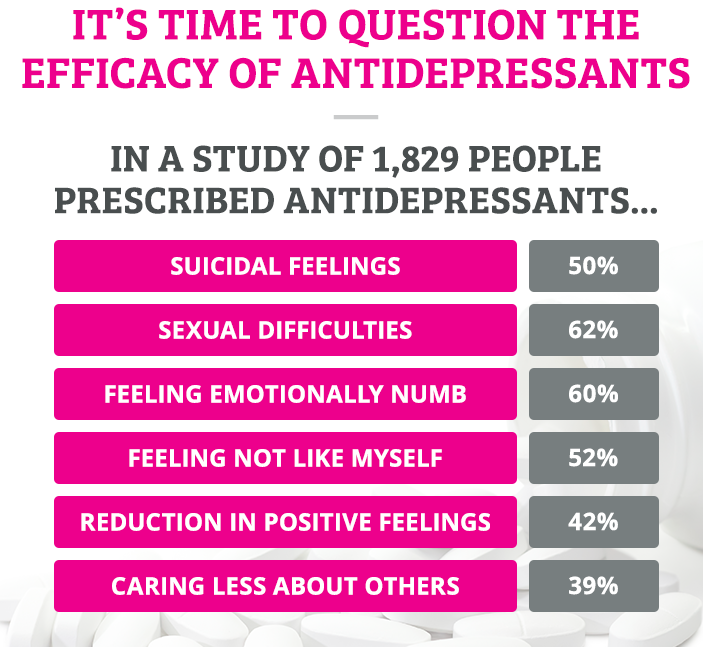 What if I told you that the vast majority of the time, taking an antidepressant for depression is like taking a Tylenol for a piece of glass in your foot. Wouldn’t you rather just remove it? You might not even know that removal is an option if you believe that depression is an inherited disease you’re destined to struggle with for life.

Depression (anxiety, OCD and ADHD) is a symptom of mismatch, often bodily in nature. Healing the body can be the first and most critical step to reversing the diagnosis and the experience of low moods, hopelessness, irritability, sleep disturbance, brain fog, and fatigue.

Psychiatry, unlike other fields of medicine, is based on a highly subjective diagnostic system. Essentially you sit in the office with a physician and you are labeled based on the doctor’s opinion of the symptoms you describe. There are no tests. You can’t pee in a cup or give a drop of blood to be analyzed for a substance that definitively indicates that “you have depression” much in the way a blood test can tell you that you have diabetes or are anemic.

This is why it’s all the more important to explore reversible causes of what we are calling depression.

4 Things to Check Before Taking an Antidepressant

Here are four critical considerations before you hand that prescription slip to your friendly pharmacist:

Chronic autoimmune conditions such as Hashimoto’s thyroiditis can look psychiatric, but it is reversible!

Thyroid imbalance can cause anxiety, depression, brain fog, weight gain, poor concentration, cold and exercise intolerance, constipation, dry skin and hair loss. Postpartum thyroiditis is typically preceded by a period of hyperthyroidism where women can feel over-energized, suffer from insomnia, diarrhea, anxiety, and precipitous weight-loss – these are the women who “bounce back” quickly after the baby only to be peeling themselves off the ground 9 months later.

For those already diagnosed and on a synthetic T4 compound like Synthroid, adjustments to combination hormones may be needed.

You wouldn’t want to take Zoloft for a treatable thyroid condition, would you?

2. Just a spoonful of sugar?

Are you “hangry” all the time, irritable and anxious when you can’t eat immediately? You’ll find sugar in almost every packaged food. Seriously. Look for it and you’ll find it. It may come with different labels — cane sugar, crystalline fructose, high fructose corn syrup — but it’s all sugar. This inflammatory. addictive and supersensory stimulant is behind much of what we’re calling “psychiatric” including panic attacks, brain fog, fatigue and depression.

Blood sugar instability comes in the form of insulin resistance, diabetes and reactive hypoglycemia. The good news is that it is reversible in a matter of weeks!

3. Foods that freak your brain out

Two of the most highly processed foods are wheat and dairy. Increasing evidence is pointing a finger at these foods and their potential to cause mood and cognitive symptoms including depression.

Gluten, soy and corn have been identified as allergenic foods and a leading speculation as to how these foods became and are becoming more allergenic is due to the nature of their processing, hybridization, genetic modification and pesticide spraying rendering them unrecognizable and triggering to our immune systems.

Gluten (and processed dairy) stimulate the brain and the immune system in unpredictable ways. We are now beginning to understand how and why they are so addictive and why it may be so worth it to detox!

One of the most remarkable papers I have read in the psychiatric literature was about a 57 year old woman who was treated with months of both antipsychotic and antidepressant medications and given two rounds of electroconvulsive treatment before anyone bothered to check her vitamin B12 level.

Her symptoms were years in the making including tearfulness, anxiety, movement abnormalities, constipation, lethargy, and eventually perceptual disturbances (hearing her name called) and the ultimate in severe psychiatric pathology: catatonia. Despite her inpatient treatment, she remained suicidal, depressed and lethargic.

Within two months of identifying her deficiency, and subsequent B12 treatment, she reverted to her baseline of 14 years previous, and remained stable with no additional treatment.

If this is not a wake up call to the average psychiatric prescriber, I’m not sure what is. Much of what we attribute to serotonin and dopamine “deficiencies” melts away under the investigative eye of a more personalized style of medicine that seeks to identify hormonal imbalances, nutrient deficiencies, and immune imbalances that can “look” psychiatric in nature. 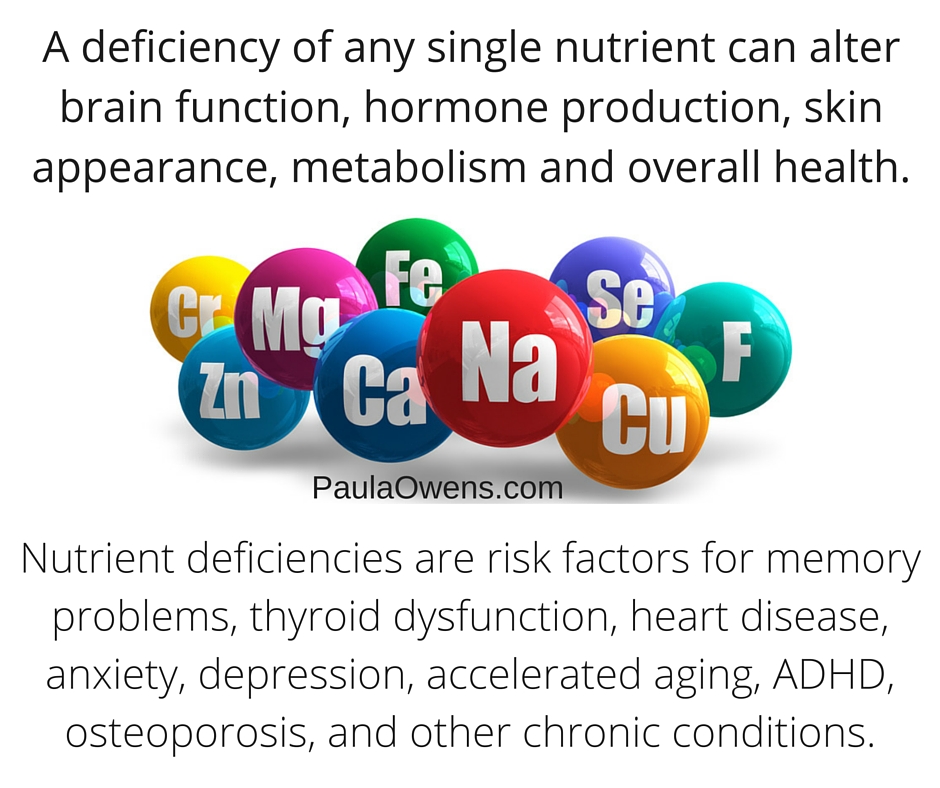 Get to the root

Before you consider an antidepressant prescription, you may also want to look at your other prescriptions including birth control, statins, Tylenol and antibiotics.