Is Soy Healthy or Harmful? The Truth About Soy - Paula Owens, MS

SIGN UP
Soy: Is it Healthy or Harmful? The Truth About Soy

Soy: Is it Healthy or Harmful? The Truth About Soy 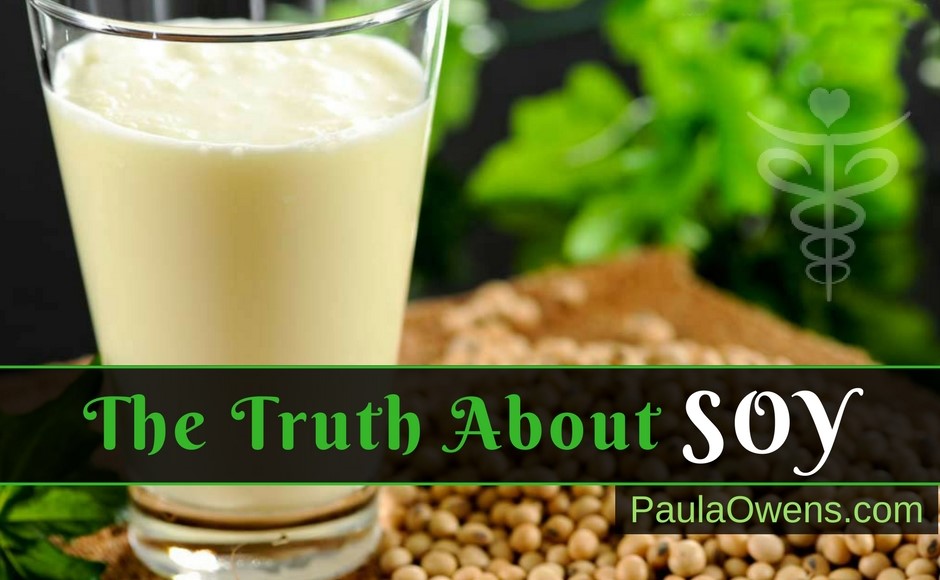 Soy has many potent hormones that can wreak havoc with your health. Soy interferes with digestion, thyroid and immune function. Soybean oil is not natural and disrupts cell membranes.

Before you mix up a soy protein shake, snack on a soy protein bar, drink a glass of soy milk, feed your infant soy formula or take fish oil that contains soybean oil, it’s important to question whether soy is healthy or harmful. When it comes to soy, much of what we read and hear about comes from those who market it and have a financial interest in it.

The Truth About Soy

Did you know that…

Soy: Is it Healthy or Harmful?

Before consuming soy protein or feeding it to your children, consider the following:

Soy is one of the most controversial foods out there, and phytoestrogen biochemistry is complicated. According to a few studies, there are some redeeming qualities to soy protein, however these are found primarily in only organic, non-GMO and fermented soy products like tempeh, miso and natto. The fermentation process neutralizes the natural occurring high level of toxins (phytic acid and other digestive inhibitors) found in soy, but not the phytoestrogens.

There are some studies showing that phytoestrogens decrease estrogen activity, and then there are other studies that have shown that they increase estrogen activity. This varies widely by the population studied too. Questions that come to mind: What were the women’s estrogen levels previously? Were these women from a culture that grew up eating soy? Were these women regularly exposed to xenoestrogens? Some clinical studies suggest that fermented soy may help reduce menopausal symptoms, and lower the risk of heart disease and osteoporosis for those of Asian descent.

There may be some favorable qualities to soy, however these are found primarily in fermented soy products only. If you want to reap some of the health benefits from soy, do so in moderation and stick with non-GMO, organic, fermented forms only. Pass on all processed forms of soy including soy milk, soy burgers, soybean oil, soy protein powder, soy ice cream, soy cheese, and other soy junk foods that are disguised as health foods.

Always read the list of ingredients found in microscopic print on every single product. Eliminate all processed soy and avoid any product with genetically-modified soybean oil. Better yet, stick with REAL FOOD!