The Health Benefits of Dark Chocolate 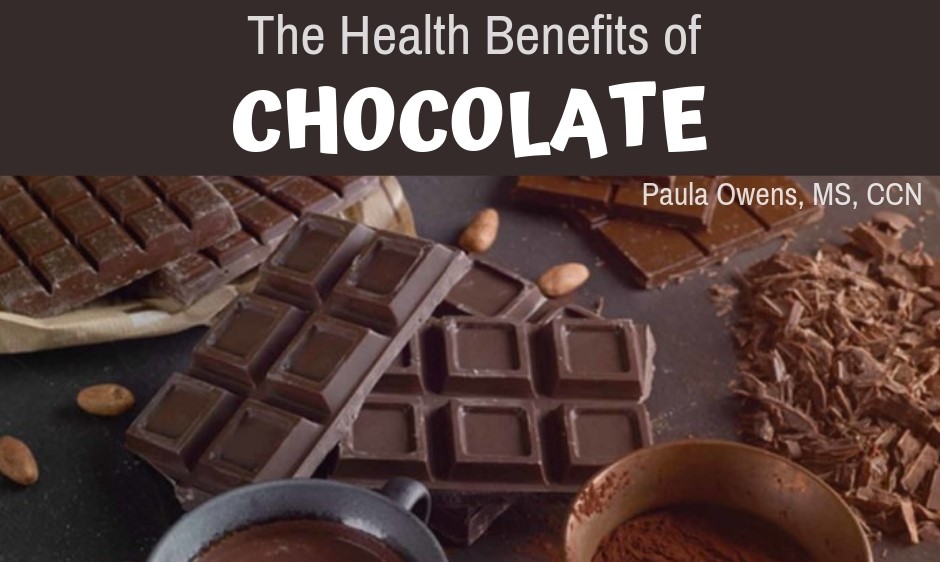 From the moment chocolate was discovered it was considered a valuable, divine and decadent treat. The first chocolate candies were invented in the 1860s by Cadbury, who was also the first to market them in a heart-shaped box for Valentine’s Day that same decade.

The Health Benefits of Chocolate

Consuming as little as a small square of dark chocolate per day provides numerous health benefits. Raw, organic cacao is rich in antioxidants and minerals. Whereas milk chocolate is loaded with milk products, sugar, harmful chemicals and toxic heavy metals such as lead. Dark chocolate has less sugar and contains a higher percentage of cocoa, which is highly beneficial for improving blood flow, reducing inflammation, and optimizing longevity.

A study published in the Journal of Nutrition concluded that “flavonoid-rich cocoa consumption has a positive influence on heart health, cholesterol, blood pressure, brain health, and insulin resistance.”

Another study concluded that those who consume dark chocolate twice per week had a lower BMI (body mass index) versus those who seldom ate chocolate.

Lower LDL cholesterol. Chocolate with a cocoa content of at least 70% reduces oxidative stress, and improves vascular and platelet function. The Journal of Agricultural and Food Chemistry published a report that polyphenols appear to elevate HDL cholesterol and decrease levels of LDL cholesterol in the liver and intestine, thereby helping to reduce the risk of heart disease.

Healthy microbiome. A study published in Scientific American suggested that dark chocolate benefits the microbes in our guts.

Improved cognition and brain health. Research published in the journal Hypertension showed that those who consumed moderate to high levels of cocoa flavonols for two months improved their cognitive performance. The improvement was significant enough for researchers to conclude that making cocoa flavonols a regular part of your diet could help maintain and improve brain health. In this study, moderate consumption was 520mg per day, and high consumption was 990mg per day.

Improves insulin sensitivity. “Flavanols appear to be the substances in cocoa that are responsible for improving the bioavailability of nitric oxide from the cells that line the inner wall of blood vessels,” explained Dr. Buijsse of the German Institute of Human Nutrition. “Nitric oxide causes the smooth muscle cells of the blood vessels to relax and widen; this may contribute to lower blood pressure and increased insulin sensitivity.

Stress reduction. Cocoa may actually help to reduce stress levels. According to a study published in the Journal of Proteome Research, eating half an ounce of dark chocolate daily for two weeks reduced levels of stress hormones, cortisol and catecholamines in those feeling highly stressed and partially corrected other stress-related biochemical imbalances. Dark chocolate has caffeine that can provide a burst of energy and a mood boost in times of stress.

Increase endorphins and balance brain chemistry. Eating dark chocolate can stimulate the production of endorphins (the “feel-good” hormones) and the release of serotonin, which have both been linked with lower stress levels and improved mood. Because cocoa increases serotonin levels in the brain, it may also increase serotonin production in the gut thereby boosting your immune system.

Aphrodisiac. Cacao is extremely rich in magnesium, phosphorous, antioxidants, arginine and libido-boosting methylxanthines, making it an impressive superfood. Cacao also contains phenylethylanine, the “love chemical” that causes dopamine to be released from your brain’s pleasure center during sex. British scientists observed couples while they ate squares of dark chocolate and while they kissed passionately. Women’s heart rates rose 20% more and their bodies released 4x the endorphins when they ate dark chocolate.

Before you rush to add chocolate to your diet, make sure it’s organic. Many brands of chocolate are high in lead. Also, although dark chocolate has numerous health benefits, it doesn’t mean you should eat a pound of chocolate a day. Be informed that if you overeat chocolate, especially low quality chocolate you may experience migraines, kidney stones, weight gain, digestive problems (such as diarrhea), and heartburn.

The health benefits of chocolate apply to raw, organic cocoa powder and organic dark chocolate with a content of at least 70% cocoa. The higher the cocoa content, the healthier it is, and because it contains a higher cocoa content you’ll naturally eat less. Milk chocolate, white chocolate, candy bars and chocolate cake are not included as they do not contain the healthy flavanols.