The Dangers of Iron Anemia and Iron Overload - Paula Owens

SIGN UP
The Dangers of Iron Anemia and Iron Overload

The Dangers of Iron Anemia and Iron Overload 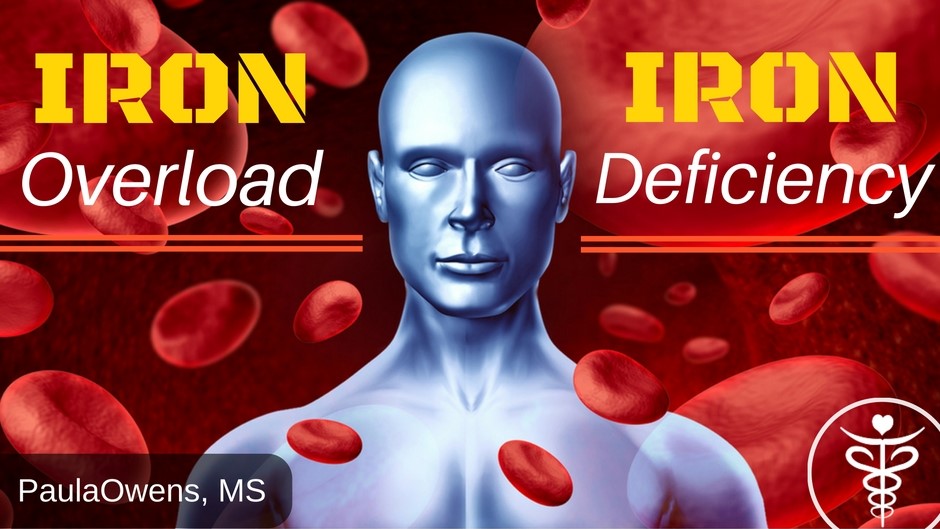 Have you been told you’re anemic and automatically think you need more iron? Iron anemia or low iron does not always indicate that you have an actual iron deficiency. What about high iron levels and iron overload?

Iron is necessary to carry oxygen from the lungs throughout the body and for other cellular functions. Iron is stored in your muscles, the liver, spleen and bone marrow. Without it, your cells would become starved for oxygen, your brain and muscles wouldn’t function, and your immune system would be impaired and other problems arise from iron deficiency. 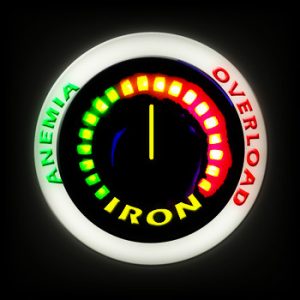 BUT, that doesn’t mean you need to take an iron supplement. In fact, too much iron can be dangerous.

The most important factor is to determine the root cause why your iron levels are too high or too low in the first place. A few years ago, my iron levels were off the chart. The cause? Lead toxicity.

I owe credit for the majority of the information in this article to one of my mentors, Harry Eidenier, Jr., Ph.D., a brilliant researcher, biochemist and scientist, and grandfather of Functional Blood Chemistry Analysis.

“Any attempt to determine iron anemia without a serum iron, ferritin and TIBC is of no avail.” —Harry Eidenier, Jr., PhD

Although this list is lengthy, it’s important to identify the root cause of an iron deficiency and why iron is low, and realize that no two people are alike and each person has a unique biochemistry.

Fatigue, low energy, dizziness, headaches, nighttime leg cramps, and spoon-shaped finger/toe nails with ridges. A desire to chew ice, eat chalk or dirt, and an inability to tolerate cold weather are common factors associated with iron anemia. Fifty percent of infant anemia is often an allergic condition caused by pasteurized milk that can cause bleeding in the GI tract.

If your iron is low and you are actually diagnosed with an iron deficiency and iron anemia, consider vitamin C, which aids to increase iron absorption. Use cast-iron cookware. Increase consumption of grass-fed red meats, oysters, clams, sardines, organ meats, pastured eggs (especially the yolks), black strap molasses, and chlorophyll-rich foods such as spinach and dark leafy greens.

Most men and postmenopausal women are at risk for iron overload due to age and inefficient iron excretion. Because of the health risks associated with high iron levels, men over 40 and woman over 50 should have their serum iron, TIBC and ferritin levels checked annually.

As we age, iron can accumulate in organs like the brain, liver, pancreas and heart. This is dangerous! Excess iron accelerates aging by creating oxidative stress, which increases glycation, causes mitochondrial cell damage and unwanted DNA changes.

Possibilities of HIGH Iron and factors to rule out

Signs and Symptoms of Iron Overload

While the symptoms are often silent in the early stages of hereditary hemochromatosis or iron overload, as it progresses it can lead to:

How to Lower Ferritin and Reduce High Iron

If your blood test results indicate ferritin and iron levels that are either too high or too low, contact my office. I will determine the root cause, why your iron, ferritin and TIBC are out of range, and restore balance and iron values to a healthier, optimal and functional level. Be Smart! Balance Your Body Chemistry with Nutrition through a Functional Blood Chemistry Analysis!