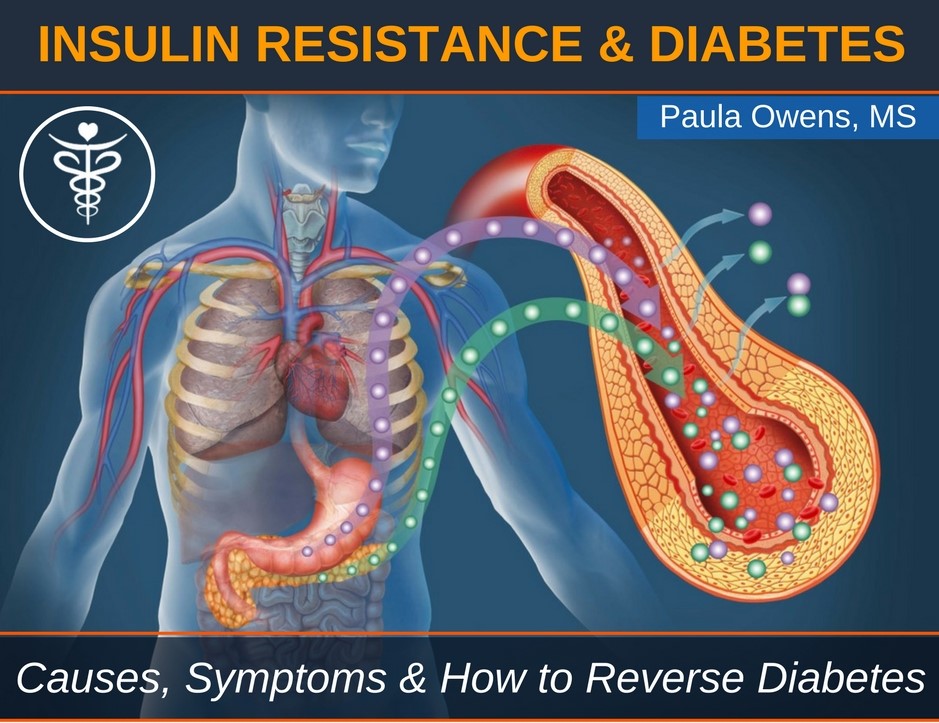 Insulin resistance, pre-diabetes and diabetes are lifestyle dis-eases that are preventable and reversible.

If you think diabetes and insulin resistance affects only those who are overweight, are sugar and carb junkies, feast on junk food, and are sedentary, listen up.

According to the National Institute of Health, approximately 15% of those with insulin resistance and those diagnosed with type 2 diabetes are not overweight – they’re skinny on the outside, but fat on the inside commonly known as “skinny-fat.” On the inside at the cellular level, these folks have excessive visceral fat (intra-abdominal fat around organs), which is known to increase the risk of insulin resistance and diabetes.

Just because someone is thin, does not mean they’re healthy – a common misconception in our society.

A study by the Organization for Economic Cooperation and Development predicts that by 2020 nearly 75% of the American population will be overweight or obese. What does this mean? More than two-thirds of all Americans will be pre-diabetic or suffer with type 2 diabetes.

What is Insulin Resistance?

With insulin resistance, the normal amount of insulin secreted is not sufficient to move glucose into the cells and the  the cells become “resistant” to the action of insulin. The cells loses its responsiveness on the insulin receptor site (particularly liver, muscle and fat cells, with the liver losing sensitivity first, followed by muscle, then fat cells). To compensate, the pancreas secretes more insulin to maintain fairly adequate blood-sugar movement into cells and a normal blood-sugar level.

To put it another way, think of insulin as a key that opens doors to the body’s cells, so glucose can enter. With insulin resistance, it’s like having locks that are frozen or rusty. The key won’t turn and glucose can’t get into the cell. This causes the pancreas to crank out more insulin to keep the level of glucose in the bloodstream from spiraling out of control. Eventually, the cells quit responding and you’re insulin resistant. If this continues, gradually the pancreas give up leading to type 2 diabetes.

In type 2 diabetes, your body isn’t making enough insulin or the cells are resistant to insulin. This causes too much sugar to build up and remain in the blood. Insulin takes the sugar from the blood into the cells.

You want to create an environment in which you’re sensitive to insulin. Insulin sensitivity is your body’s ability to use insulin properly to regulate the amount of glucose in the bloodstream.

Optimal serum glucose fasting blood levels are 70-80.  ‒ Harry Eidenier, Jr., Ph.D. Fasting blood sugars in the 70s are the most protective for prevention of cardiovascular disease and neurological decline. Abnormal blood sugar is anything over 95. Glucose levels between 80-95 are an opportunity to restore blood sugar back to an optimal range.

Fasting serum insulin levels should be <10. Longevity studies of all creatures from worms and yeasts to humans show that the lower the levels of insulin are over the course of a life, the longer the life will be. High insulin levels (>10) cause major oxidative damage, mitochondrial dysfunction and inflammation to your brain and body. The most recognized of these is diabetes, but that is far from the only problematic disease.

“It doesn’t matter what disease you are talking about, whether you are talking about a common cold or cardiovascular disease, osteoporosis or cancer, the root is always going to be at the molecular and cellular level, and I will tell you that INSULIN is going to have its hand in it, if not totally control it.”  —Ron Rosedale, M.D.

Insulin resistance, high blood sugar, pre-diabetes and diabetes are significant players in the risk of dementia and cognitive dysfunction. Diabetes (and high blood pressure) in middle age (age 40-64) leads to brain cell loss, dementia, problems with memory, thinking skills, hormone imbalances, and other damage to the brain later in life. 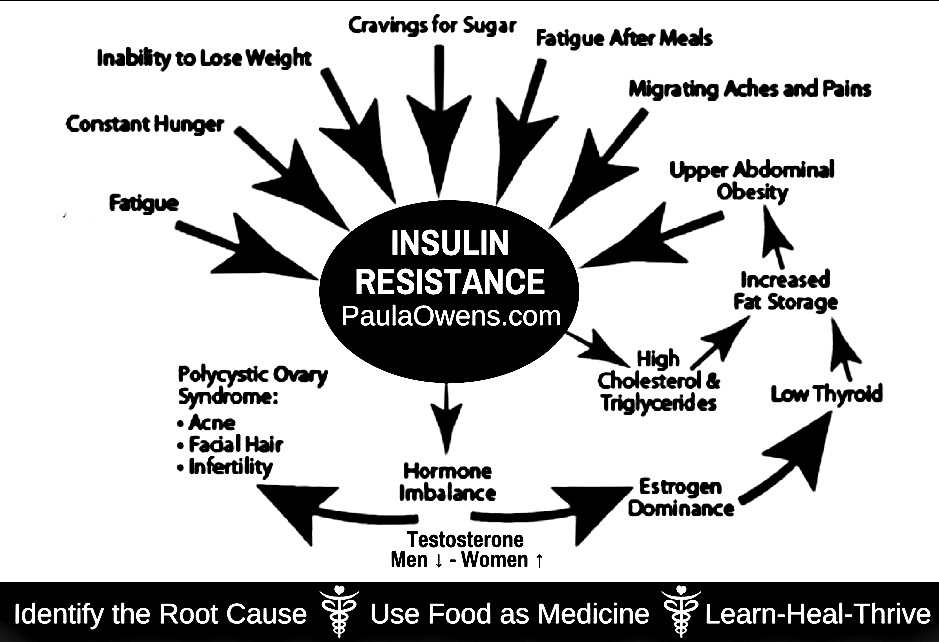 Diabetes is linked to dementia and cognitive dysfunction

Published in the journal Neurology, researchers evaluated the size of the brain’s memory center, the hippocampus, using a specialized type of MRI scanner. They measured the blood glucose levels in the same individuals. When the data was analyzed, a direct relationship was found between the degree of atrophy or shrinkage of the hippocampus and blood sugar measurements. Even subtle elevations of blood sugar (far below the level where one would be labeled as being diabetic) were already associated with brain shrinkage. What’s more, the researchers also performed cognitive testing on these individuals and found a direct relationship between failing memory and blood sugar elevation.

The take home message here is straightforward: Even mild elevations of blood sugar correlate perfectly with both brain degeneration and cognitive dysfunction. And because your blood sugar directly reflects your sugar and carbohydrate consumption, you can choose to directly influence the size, and more importantly the preservation of function of your brain by balancing your blood sugar and insulin.

Symptoms and Conditions of Insulin Resistance

• Brain fog and an inability to focus

• Excess belly fat and/or excess fat around the scapula

• High blood sugar is inflammatory, which affects the immune system

• Very dry skin, sores that are slow to heal

• High toxic load, exposure to too many chemicals, environmental toxicity

• Sugar and carb cravings; consuming more carbohydrates than your body can metabolize

High blood sugar drives the body into a fat storage mode rather than a fat burning mode. ALL hormones work in synergy with one another. The hormone you have the most control over is insulin. This is regulated by your diet, food quality, portion control, timing of meals, your environment, avoiding as many chemicals and toxins as possible, reducing toxic load, and what you choose to eat.

The good news is that insulin resistance, pre-diabetes and diabetes are reversible! Find out how to reverse diabetes in part 2 of this article.